If I read what you were about to read two years ago. It would've saved me thousands of dollars and hundreds of hours. 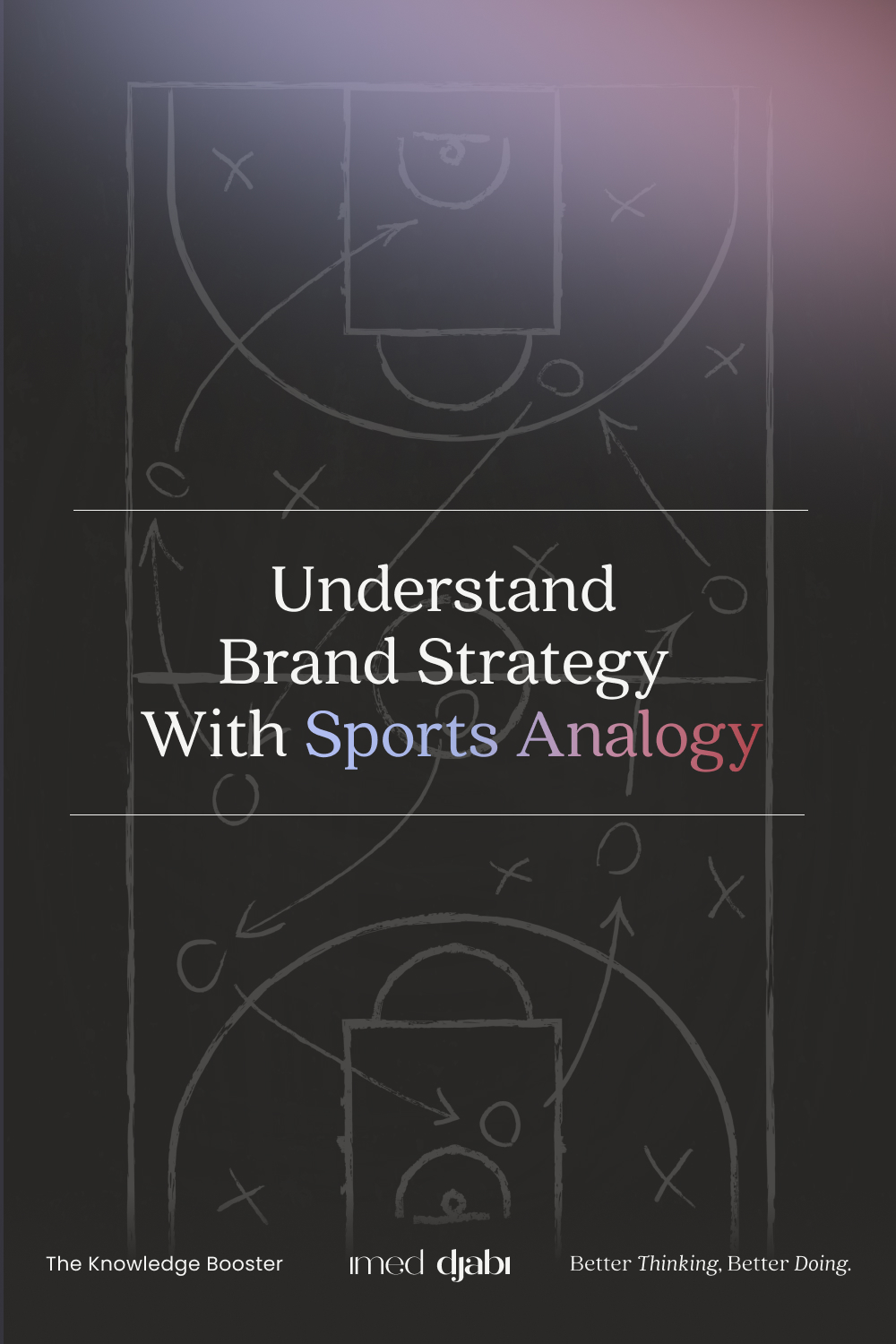 If you're a sports fan and you have always wanted to understand perfectly what brand strategy is all about. My friend, you landed on the jackpot. I love sports, and I couldn't be happier to share my knowledge with you in the easiest way possible.

It doesn't matter in what industry you're in. Suppose you're looking to launch a brand. Having a brand strategy will make the difference between your success or your failure. I want your success (obviously.) In this post, I will try to open your eyes and help you understand the crucial importance of having a brand strategy before thinking of hiring the first designer you see to create your logo.

Your main goal should be plain and simple. Learn as much as possible about putting yourself in the best position to help you and your brand succeed. Well, how do you do that?

What is "a brand"

First of all, let's see what makes a brand "a brand." It's not only its logo. But many other components create the desired connection with its customer. Colors, Typography, Imagery, and packaging are what we see from the outside. The tagline, slogan, customer service, brand mission, brand values, and customer reviews are what is inside the brand. It's what can make us feel a certain way.

Let's jump right into my sports explanation. Do you know why you're a fan of a particular team? Is it because of a player? Because of the organization? Because of your country, your city? It might be one or all of them, right? There are so many factors that can attract us to a particular team. But look at it—sold-out arena with raving fans of the franchise.

I love basketball, even though I have played the sport since I was eight years old. I never watched a single game until I was 16 years old. And I became a fan of the Golden State Warriors right away, even before they were champions. Most of it is because of Stephen Curry, his personality and how he overcame all the hate and the underdog status. But not only because of him. Also, because of the organization, the coach, the fans, and how the team plays the game. Ask yourself. Why do you like one team over another?

Notice something, even in Los Angeles, where there are two basketball teams. There are two separate crowds for each team. They all have their reasons. Now that I made you realize how you can be attracted to a team depending on several factors. Let me explain to you what are the similarities between sports and branding.

Every sport has its strategy

A team has players, coaches, assistant coaches, trainers, managers, etc. When the team plays against another team, they have a strategy to follow. They don't throw themselves on the court and play like a pickup game in the YMCA. A coach creates an excellent strategy to help his team exploit their best talents and help them get as many wins as possible.

We can see this in every individual or team sport. The best fighters are the ones with not only the best talent but the best strategy. Wait, is it possible for a fighter to be less skilled than his opponent but somehow still manage to get the win? It is certainly possible with a good strategy, which is identifying your opponent's weaknesses and exploiting them to win. You often hear this question at the end of every fight in MMA or boxing: What was your strategy for this fight?

Imagine professional teams without coaches. It would be chaotic. That's only one aspect of a gigantic iceberg. It is not only team A vs team B, but also Coach A vs Coach B. Who is the best team with the best coach?

Hey. I'm not here trying to throw shades. BUT, in my opinion, it all comes down to the team playing system (CORE STRATEGY) and the coach. Having superstar players in your team is not enough to win games and especially not to win the championship.

A successful team needs a good:

Nutrition? We need a strategy

Training? We need a strategy

Weight loss? We need a strategy

It always comes down to strategy. Don't get me wrong. Every elite athlete has some sort of dedication and self-discipline, and that's not what they lack. But, having THE best strategy makes the difference and defines who is the best of the best.

How brand strategy helps your brand

The same principles apply to your brand. Having a beautiful logo (the sickest of all time) is not enough to succeed and have the same raving fans, such as in the sold-out arena. Your brand needs to connect deeply with them. That is the whole purpose of the brand strategy. It will help you connect with your ideal audience. But also, define your goals and how you will achieve them.

Do you think those big organizations are only following their instincts? You probably already know the answer. They have the best of the best strategists in every specific field: Players recruitment, trainers, accountants, and so on. They have a solid strategy for every aspect of their brand: The team.

Creating a brand without a brand strategy is the exact same thing. It is a recipe for disaster, not knowing where to go, what to do, and how to do it. You get the idea. Your best bet is to have a blueprint AND to follow it!

As you can see, the best players and the best fighters in the world follow strategies explicitly crafted for them. The organization hires the best coach to help them reach the ultimate goal. Elite boxers hire the best strength and conditioning coach to give them a plan to follow. But they also employ the very best nutritionist they can find. For what? To help them reach the highest level possible.

It brings me back to this whole idea behind why you should have a strategy. Don't forget that these players and elite fighters didn't wake up and suddenly became successful with the best resources in the world. They put in the work and started with the least minimum. They didn't have the money or resources to reach their highest level when they began, BUT they used what was there for them. They had the potential, and they capitalized on it. Imagine if they would've done everything by themselves, training with their own programs, following their own strategies. You and I both know that they wouldn't become what they are as of today.

My point is straightforward. Don't take the road without a destination or a direction. We all start somewhere. But, one thing is crystal clear. We need to know where we're going and how we're going. It may be necessary to take some detour, and instead of taking 30 minutes, it will take 45 minutes. Realistically, without a strategy. Something that could take you six months to accomplish will take you six years.

Do you want a clear path for your business? I think we're due for a little chat. And we'll make sure it won't take you 6 years to achieve your goals.

RECOMMENDED KNOWLEDGE
Why Is Brand Storytelling Important For Your Lifestyle Brand
What is the cost of branding in 2022
How to transform your business into a meaningful brand
Imed Djabi Records 2 Second Review on Clutch, Receives Back-to-Back Perfect Ratings
How I got ranked on Google first page in my first month
THE ECOMMERCE STORYTELLING WORKBOOK 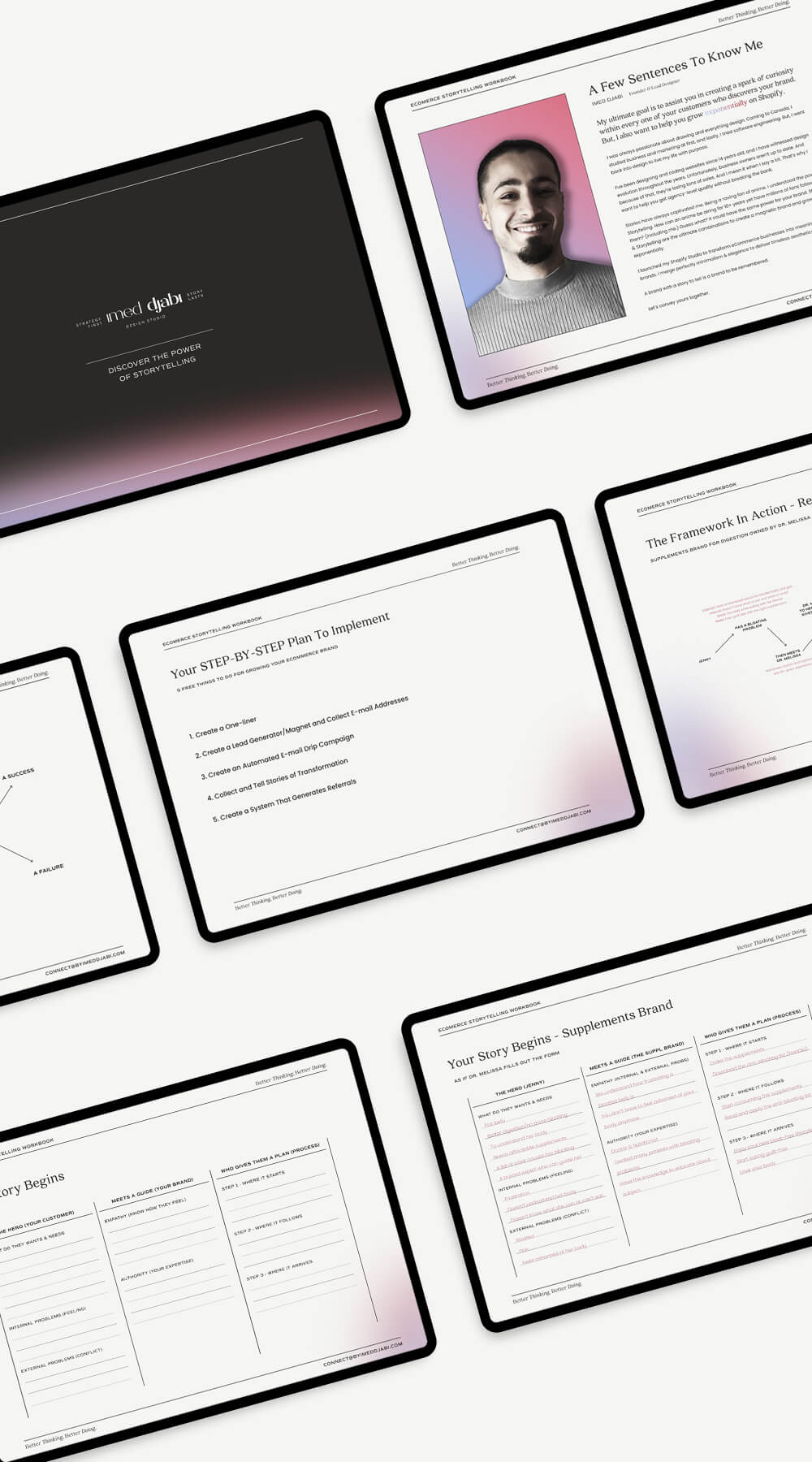 NIIIIICEE! Please check your email for the download link. I might land in your spam!
Oops! Something went wrong while submitting the form.
DOWNLOAD THE GUIDE 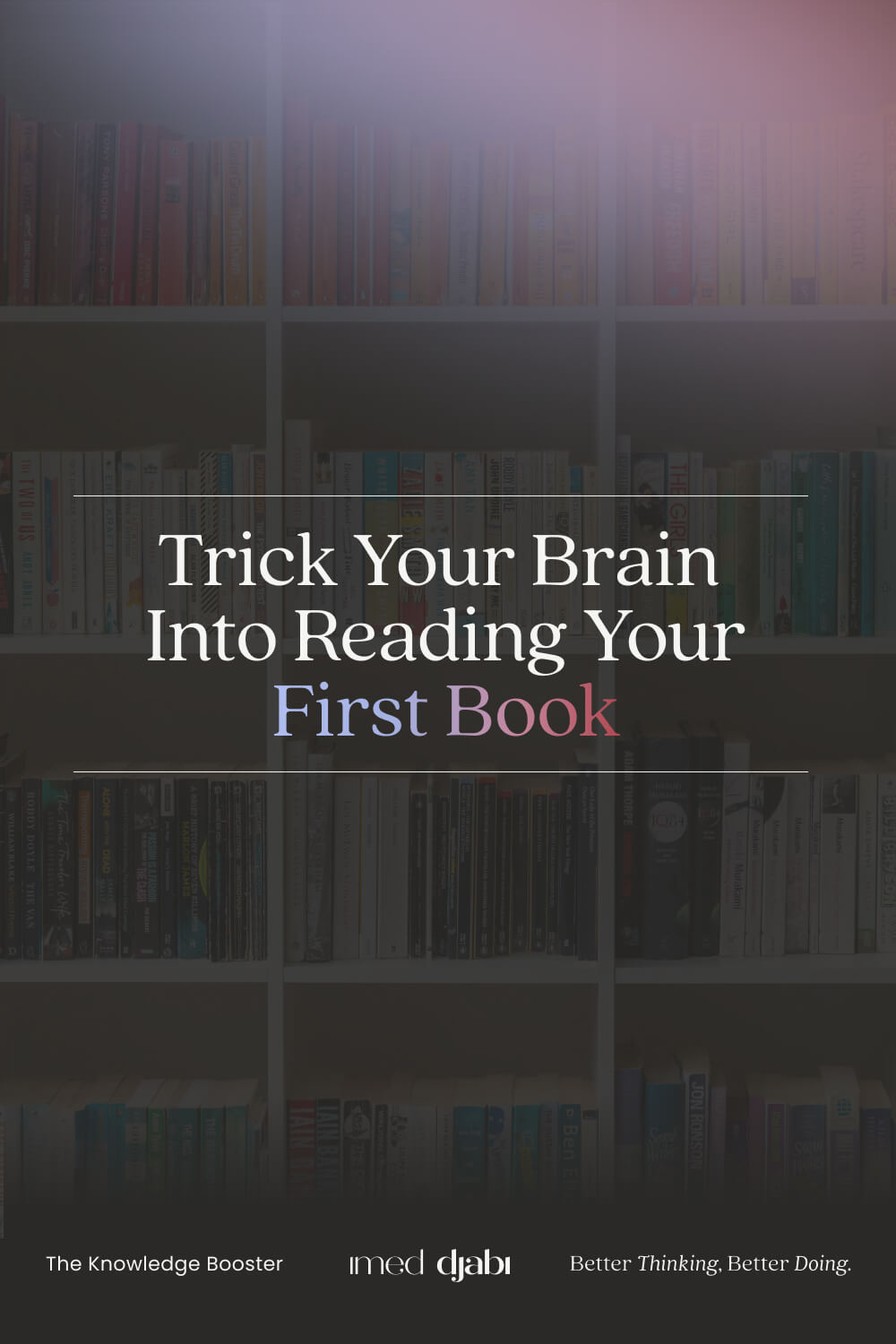 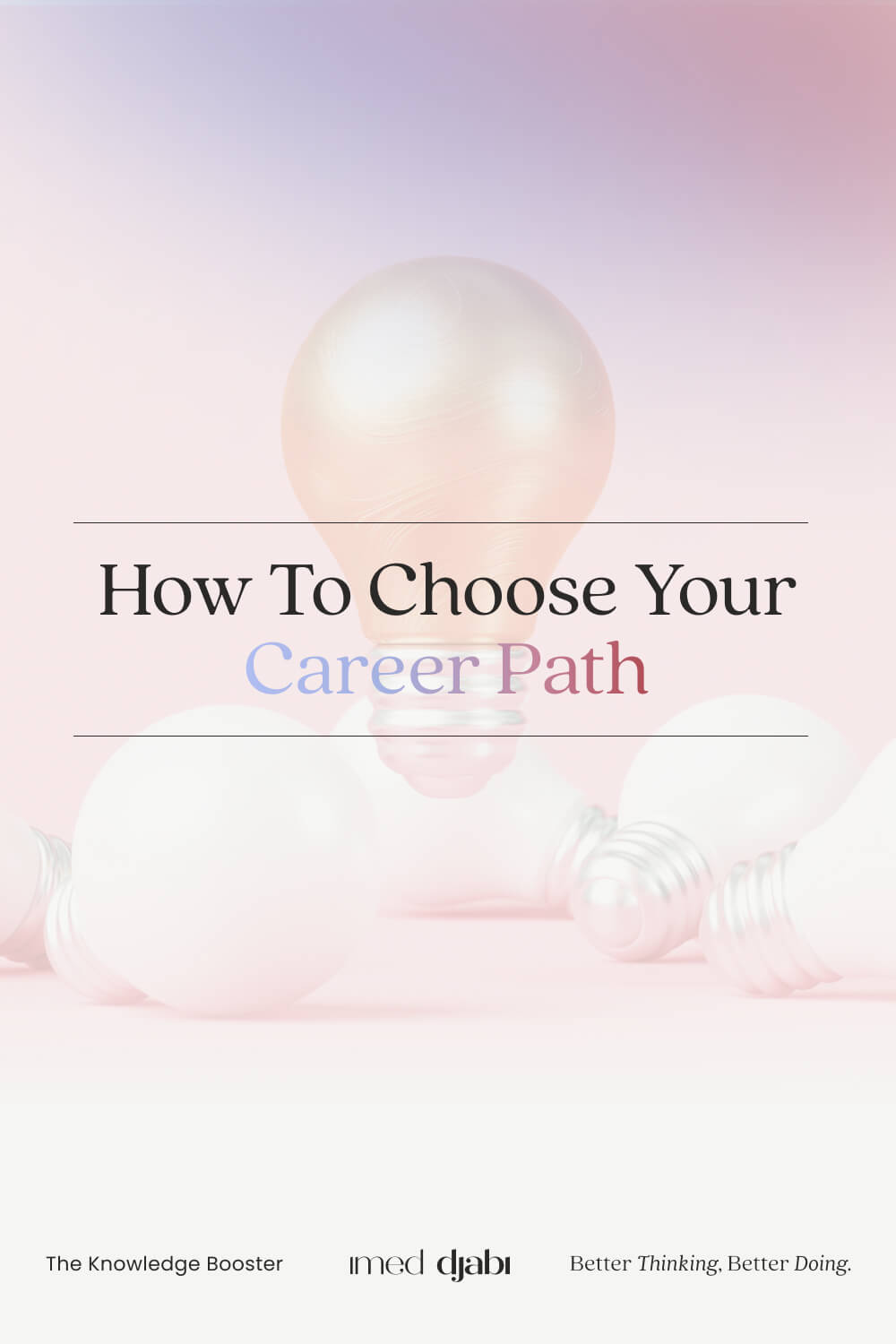 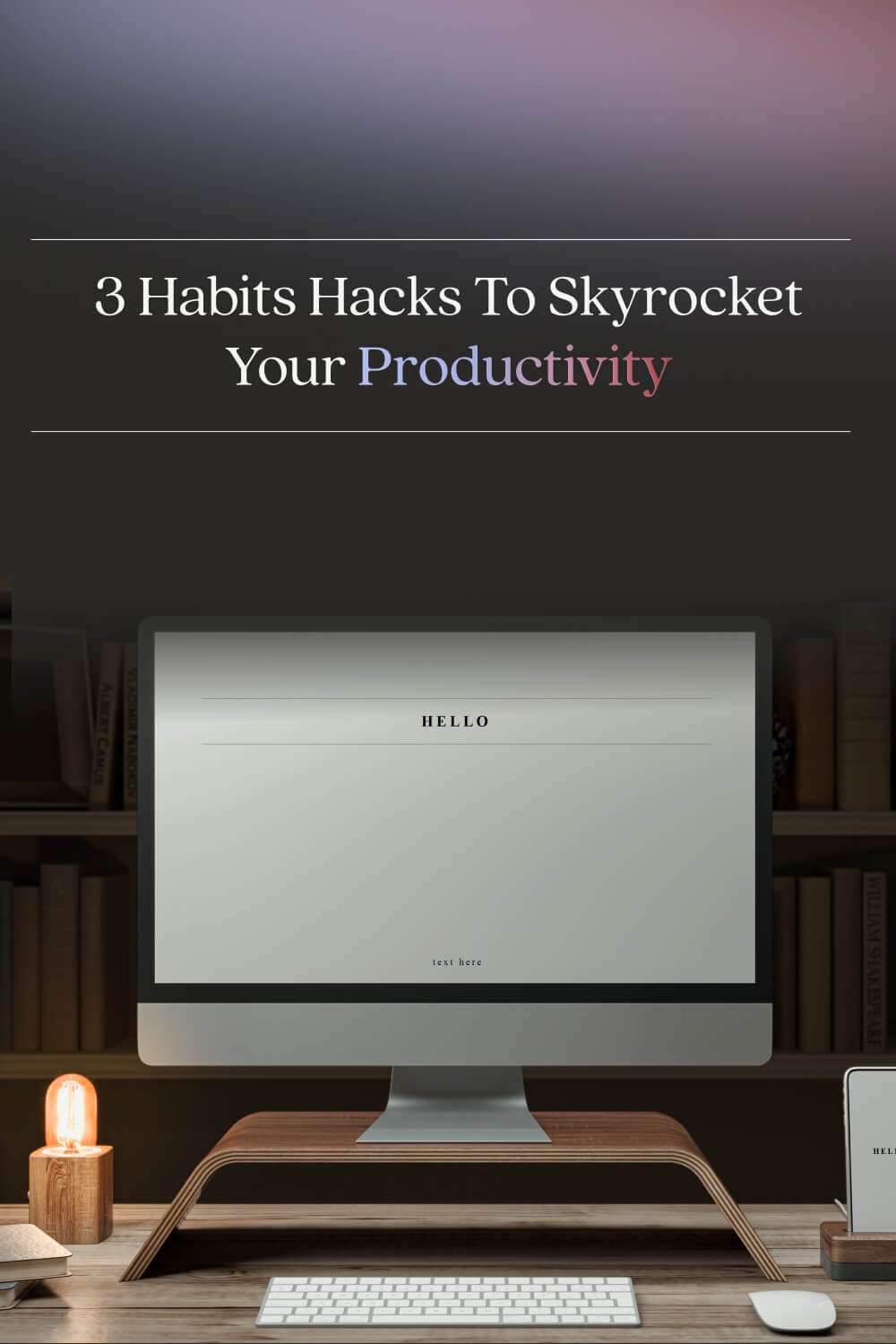 A brand with a story to tell is a brand to be remembered.